Perhaps by allying herself with Ismene, Haemon, and Tiresias, that they collectively can move Creon to relent, thus saving her life, her marriage, and continuing her lifeline.

His role as leader is to restore order, even if it means ruling with an iron fist. His word becomes law. Although the stories of the three tragedies are connected, Sophocles did not write them in chronological order, nor did he mean for them to be viewed in a particular sequence. He will not show mercy. By being so certain of her mission, she guarantees a tragic outcome. He is a budding tyrant. When Ismene timidly refuses to defy the king, Antigone angrily rejects her and goes off alone to bury her brother. At the conclusion of Oedipus the King, Antigone, with her sister Ismene, represents both the helpless innocence of a child and the undeniable proof of an incestuous union. Creon, the dictatorial leader of Thebes, is intoxicated with his own authority.

So when we have these two strong forces opposing each other, neither of them budging an inch, we have a tragedy in the making. How dare a woman defy his man power. 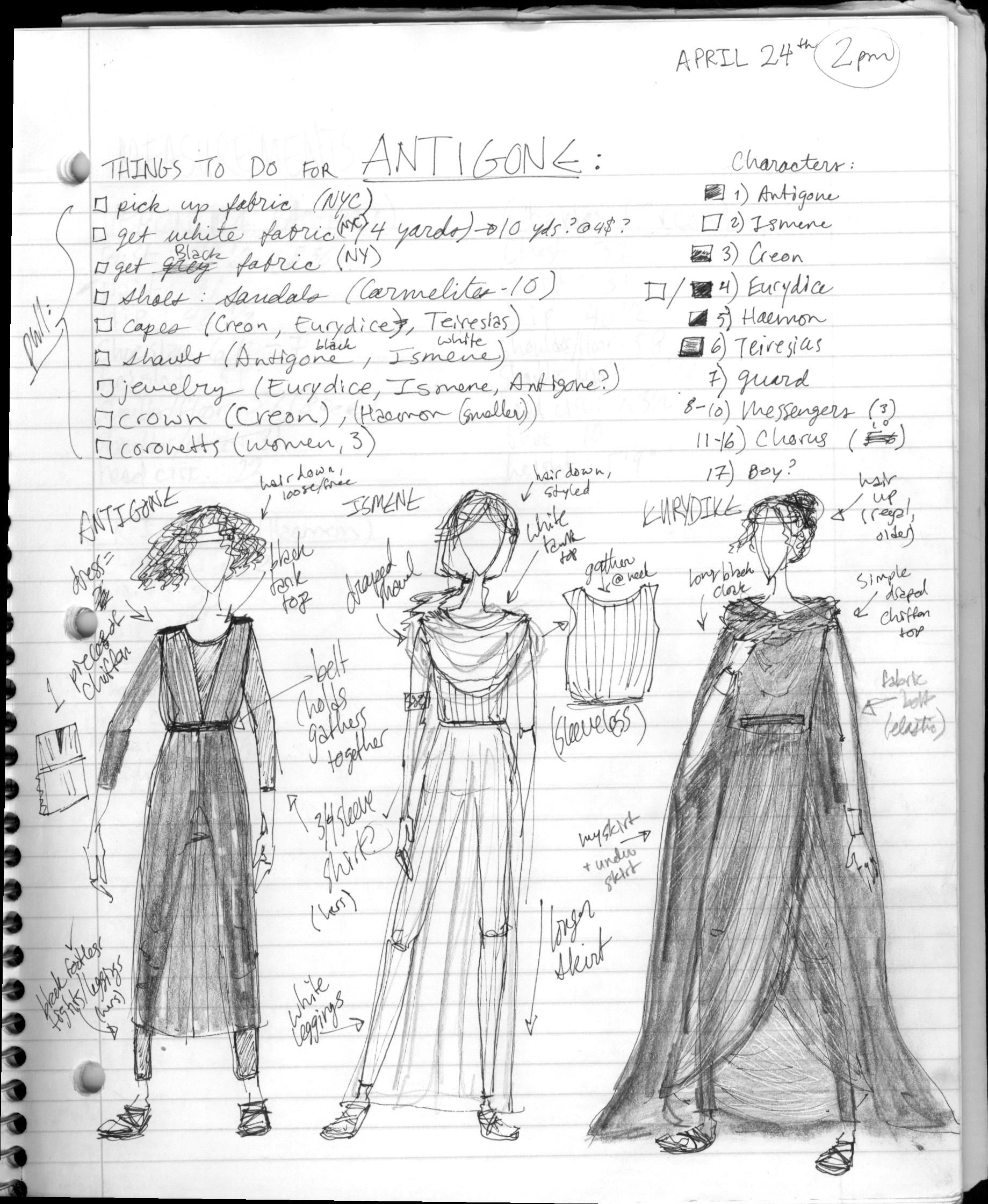 Thebes has been cursed for too long. We have one final exchange before she leaves to be buried alive in a cave.

Furthermore, Creon has declared that anyone attempting to bury Polynices shall be publicly stoned to death. The new Theban king, Creon, declares that Eteocles will be buried and honored as a hero while Polyneices' body will rot away and be eaten by dogs in disgrace; the penalty for trying to bury the body is death.

She wants to be at Antigone's side, to share her culpability, but Antigone steps in to take all credit for herself. The play ends with a somber warning from the chorus that pride will be punished by the blows of fate.

Creon resists this advice, until Tireias hurls the prophecy at him that his child will pay the price for this unjust death sentence.

He will make an example of this girl. Antigone represents the commitment to blood ties, the call of family and personal conscience. He asks her why she did it. 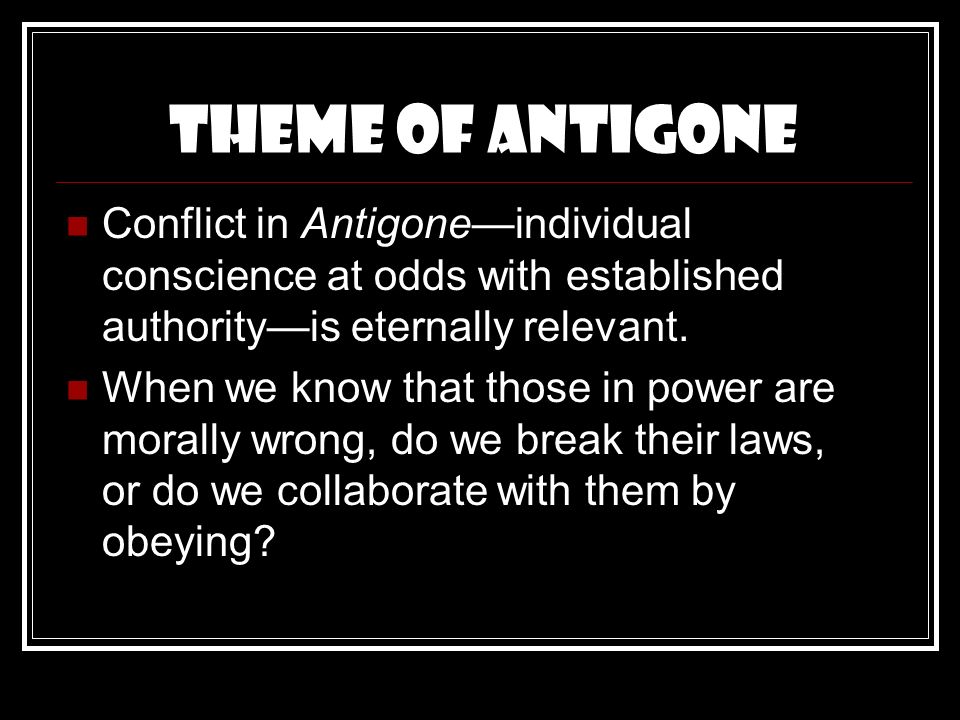 To break the rules?